Navy Blue is very now as a saturated but eerily sublime color value in the world of interior design. With that said, what may be the most curious thing is the range of observable use. Not only are we seeing the finely framed and crafted use of Navy Blue on feature walls, as per below from Cloud 21, but there are even some suggestions of Navy as a neutral. We will also discuss Navy Blue Tile as part of any design scheme. 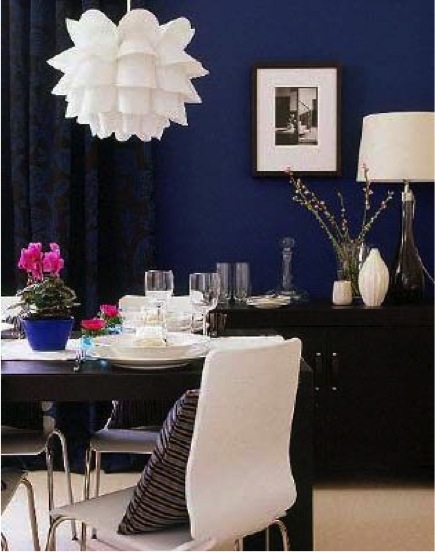 To that point, New York City designer Julie Holzman tells us that, “neutral colors like beige, gray and taupe are being replaced by saturated colors like navy and plum.  Navy is now considered the new neutral color choice for interiors due to its ability to blend with other styles and colors”. The image below, while not perfectly navy blue is indicative of a certain playfulness which is enhanced by the scallop shape. 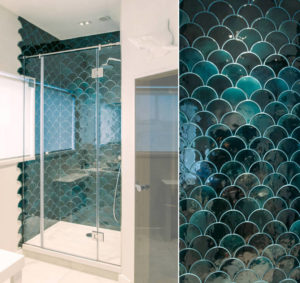 Carla Schwartz, from www.pastemagazine, chimes in with “leave gray, beige and greige in the rearview mirror in favor of deeply saturated hues like navy and plum. In fact, navy is considered a new neutral for its ability to blend with other colors and styles”. 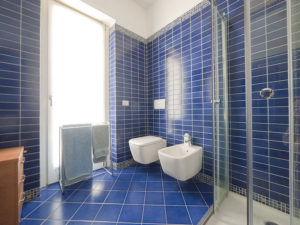 The blues immediately above and also at the top of this post are via the legendary Italian brand Ceramica Vogue. We are in the business of helping our clients work through their design plans as best as we can. Naturally if that entails Navy Blue Tile, we are ready.