Most historians will agree that the Edwardian period, and naturally The Edwardian Fireplace, begins with the death of Queen Victoria in 1901. The Queen had ruled for over sixty years and the Victorian era was most certainly the last great high water mark of the British Empire. While Victoria was far from being the doyenne of English society, the ascension to the throne of her son Edward marked a departure for the monarchy in that regard. Edward embraced the society life and saw himself as the leader of the fashion forward elite. As a case in point, upon the death of his mother, he commissioned London interior designer Sir Charles Carrick Allom to rework Buckingham Palace, supposed telling him to “get this tomb cleaned up!” And so begins the departure from a heavy and “cluttered” Victorian style to a more clean, light and straight forward Edwardian style. 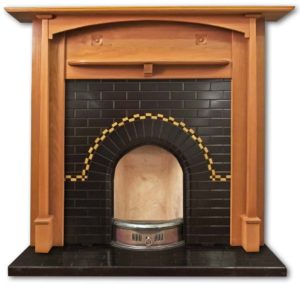 One of my favorite features of Edwardian design is the use of color. You can always count on the BBC and the intriguing homes section in their website which offers up quite a bit on colors in this period. They state that Edwardian “colours were fresh and light, with an informal feel” and “were predominantly pastels: blues, lilacs, greens, yellows, and greys. Living rooms often took darker colours such as dark green for fabrics, complemented with cream walls”. 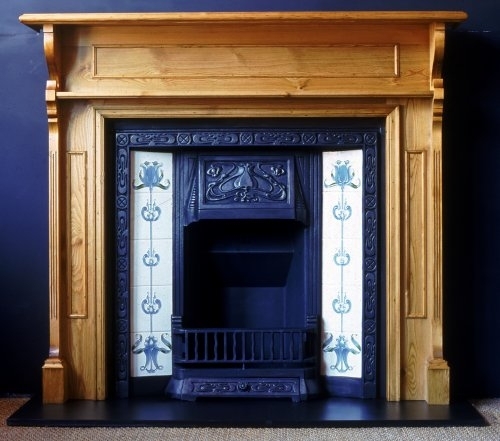 Since the gang is all here, let’s discuss the Edwardian fireplace for a moment. One very important element was for the fireplace to be functional and not largely ornamental. A second common feature was the use of tiled panels. You can see below both a working area and the tiled panels are present.

Flash forward to the present. Perhaps one can accept the general feeling in design that we now live in a Post-Great Recession era where design trends are simpler, homes are smaller, and ostentatious is out. If your agree, then you can possibly see the transition from Victorian style to Edwardian style in England as being analogous to Pre-Great Recession to Post-Great Recession changes here in America.

Well, enough of my musing on societal change. We are, after all, a natural stone people and while we cannot transport you back to Edwardian England in its entire pre-war splendor, we can help you design a period specific Edwardian fireplace. Thanks for reading!