The Spirit of Architecture – Rem Koolhaas

Rem Koolhaas was born in Rotterdam in 1944. He spent his earliest years there, in Asia, and then Amsterdam. A snapshot of his career reveals vast contributions to theories on urban planning, mentorship of future architectural stars, and often controversial, yet still notable, buildings. Here is The Spirit of Architecture – Rem Koolhaas.

First published in 1978, Delirious New York, established Mr. Koolhaas as an original thinker on themes of modern urbanism, city planning in general, and architectural responsibility. The work was drawn from his time in New York, and may seem a bit quirky to the casual reader. Then again, I lived in metro New York, and worked sporadically in The City during this same early to mid-’70s time period. The great metropolis had, in too many ways to count, descended into near chaos; a careless, but tolerated, madness. My pal Charlie Ryan, characterized the Manhattan of the period as a place of “the dealers, the squeegee men, the ubiquitous porn theaters.” No wonder Koolhaas was often less than impressed.

The words of Koolhaas’s own architectural firm, OMA, offer a perspective on this book: “Through the simultaneous explosion of human density and invasion of new technologies, Manhattan became, from 1850 on, a mythical laboratory for the invention and testing of a revolutionary lifestyle:the Culture of Congestion.”  It is well worth reading. 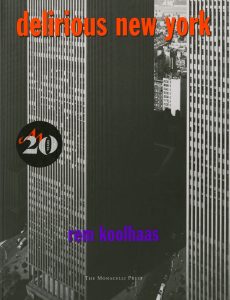 At the top of this post is the Seattle Central Library, opened in 2004. This is one of only two Koolhaas projects that I have seen personally; it is entirely inspirational in both substance and style. I remember wishing that the building could be perched on a hilltop so that all the subtle intricacies could be better observed. Of course, that would not be in keeping with the purpose. That said, the library is now a must-see Seattle tourist attraction, and for very good reasons. 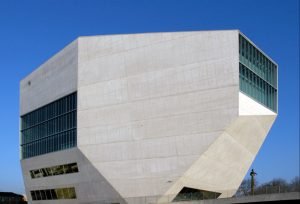 The Case da Musica in Portugal was completed in 2005 as part of a European Cultural City designation for Porto in northwestern Portugal. As with the Seattle Library, the building is notable for its faceted design. The generally white exterior facade is a nod to the sunny, coastal location of Porto. Can any Portuguese landmark not include Azulejos? Well, not this one. Take a look below at the well-known “blue tiles” of the Iberian Peninsula. 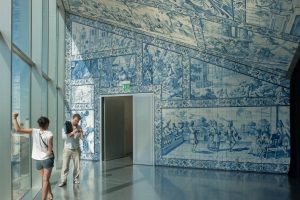 My last business road trip, prior our current Covid-19 situation, took me to Dallas. The Dee and Charles Wyly Theatre, completed in 2009, was just a few blocks from where I was headed. So, I had to have another look.

The facade draws the eye immediately. The A. Zahner Company did the mesmerizing metal work that is responsible that. Here are their thoughts: “The concept for the Wyly façade began with an idea that, through design iteration and charrette, culminated in taking the idea one step further. The result is an extruded aluminum façade that emulates the billowing fabric of a closed curtain. Perforations in key areas allow for elegant lighting of the building’s signage.”  The result is cool and hip, even over a decade later. 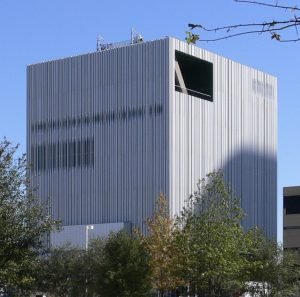 Patrick Lynch, writing in ArchDaily, said this of Koolhaas: “Equal parts theorist and designer, over his 40-year career Koolhaas has revolutionized the way architects look at program and interaction of space, and today continues to design buildings that push the capabilities of architecture to new places.” This leads us to what is perhaps his most controversial work. 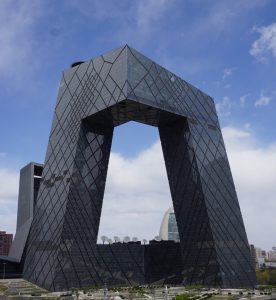 Both revered and reviled, CCTV was probably being referenced when Chinese president Xi Jinping called for no more “weird architecture.” Koolhaas responded, defending the work by saying that “I’m sure Chinese culture and Chinese architecture will benefit.” In the Koolhaas camp, the architecture critic for the New York Times Nicolai Ouroussoff went quite a distance with this observation: “At moments monumental and combative, at others strangely elusive, almost retiring, it is one of the most beguiling and powerful works I’ve seen in a lifetime of looking at architecture.”

The China Central Television Headquarters was officially opened in early 2008. Highlighting the global nature of the work, Koolhaas commented, according to Paul Fraioli, that it “could never have been conceived by the Chinese and could never have been built by Europeans. It is a hybrid by definition.” 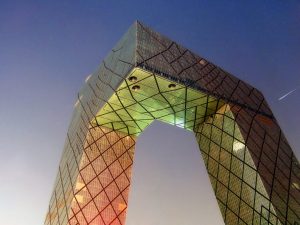 Rem Koolhaas was awarded the Pritzker Prize in 2000. Along the way in his long career, he has worked with, or mentored, such architectural luminaries as Bjarke Ingels, Jeanne Gang, and the late Zaha Hadid. In closing, what is not to admire about a fellow who can say “Manhattan’s architecture is a paradigm for the exploitation of congestion,” and get away with it.

This is a new series, with a new sponsor below:

Evans Design Studio is a specialist in all forms of digital marketing. Times have obviously changed. The manner in which you communicate with your clients also must change. Learn about “Marketing from a Distance.”